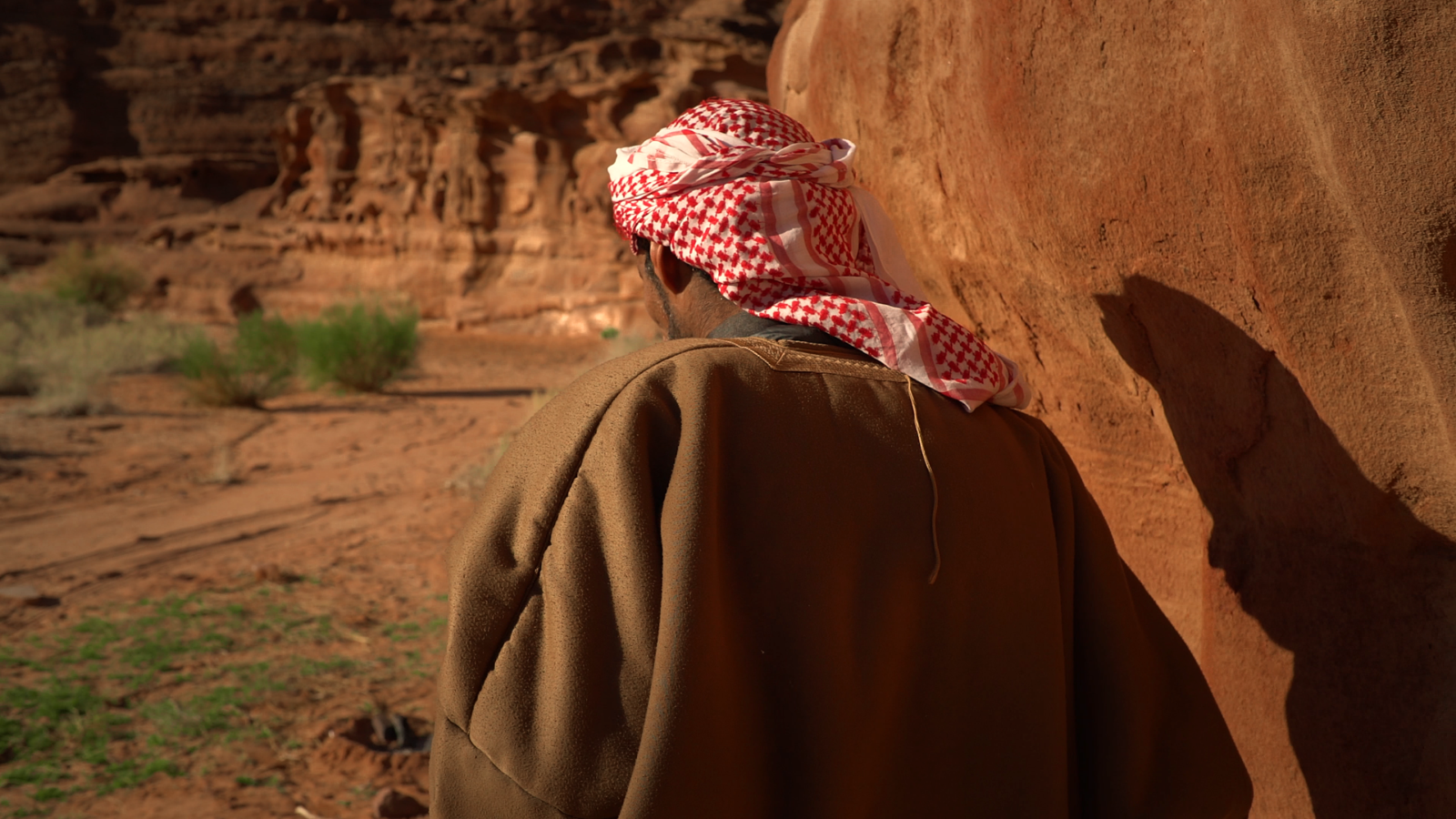 12 out of the 17 countries that are facing the highest risk of a future water crisis are in the Middle East and North Africa. Challenges concerning the water quality and access are getting increasingly critical in the Arabic region.

The documentary Living Water therefore tackles a highly topical subject: large-scale extraction and export of water resources in the desert of Jordan, which is among the world’s five most water-poor countries. Director Pavel Borecký interviews the population of the Wadi Rum area, who are fighting the government for the right to access the water that exists in abundance underground – a right that is mainly enjoyed by large private farms and a growing urban population. Everyone wants to use a well that will at some point run dry.

Living Water is not only informative, but also an atmospheric depiction of the majestic desert landscape and the people, animals and the rumbling machinery that inhabits it.

Pavel Borecký (b. 1986) is a Czech documentary filmmaker, social anthropologist and film curator. He is a co-founder of the research organization Anthropictures, and researches water-related inequalities in Jordan at the University of Bern. Living Water is his first feature documentary.

Water shortage in the Arab world