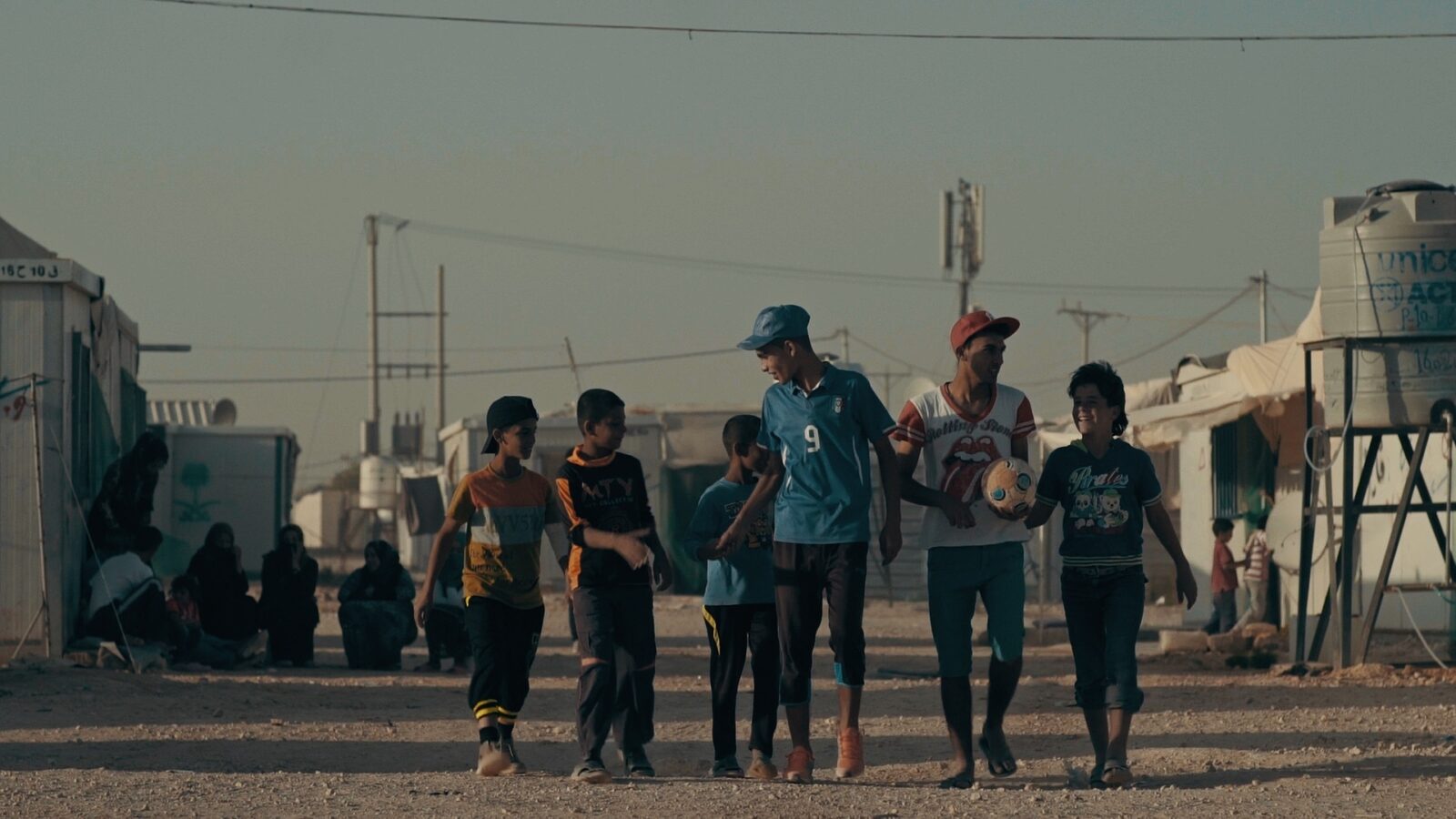 For many, football represents hope and a way out of poverty. The Syrian boys Fawzi and Mahmoud love football and have dreams of becoming professional players, in spite of living in Za’atari, the largest refugee camp in Syria. Egyptian director Ali El Arabi follows the two boys, and their hopes, dreams and love of the sport – in addition to other aspects of teenager’s lives outside of the pitch, such as family, romance and laying plans for the future.

Fawzi and Mahmoud both realize that their opportunities are limited, but when representatives from a sports academy in Qatar visit the camp, the football dream becomes slightly more realistic. The contrast between the gravel pitches in the camp and the grandiose training facilities in Qatar is stark, and the boys are suddenly in close proximity to international football stars like Robert Lewandowski, Thomas Müller and David Trézéguet.

Captains of Za'atari is a moving underdog story and a humanistic portrayal of the struggle to realize your hopes and dreams.

Ali El Arabi is an Egyptian director and producer. He has made several documentaries for TV, and has a bachelor's degree in Integrated Marketing Communications from Mansoura University. In 2015 he founded the production company Ambient Light, which focuses on stories from the MENA region.

Beirut: Eye of the Storm