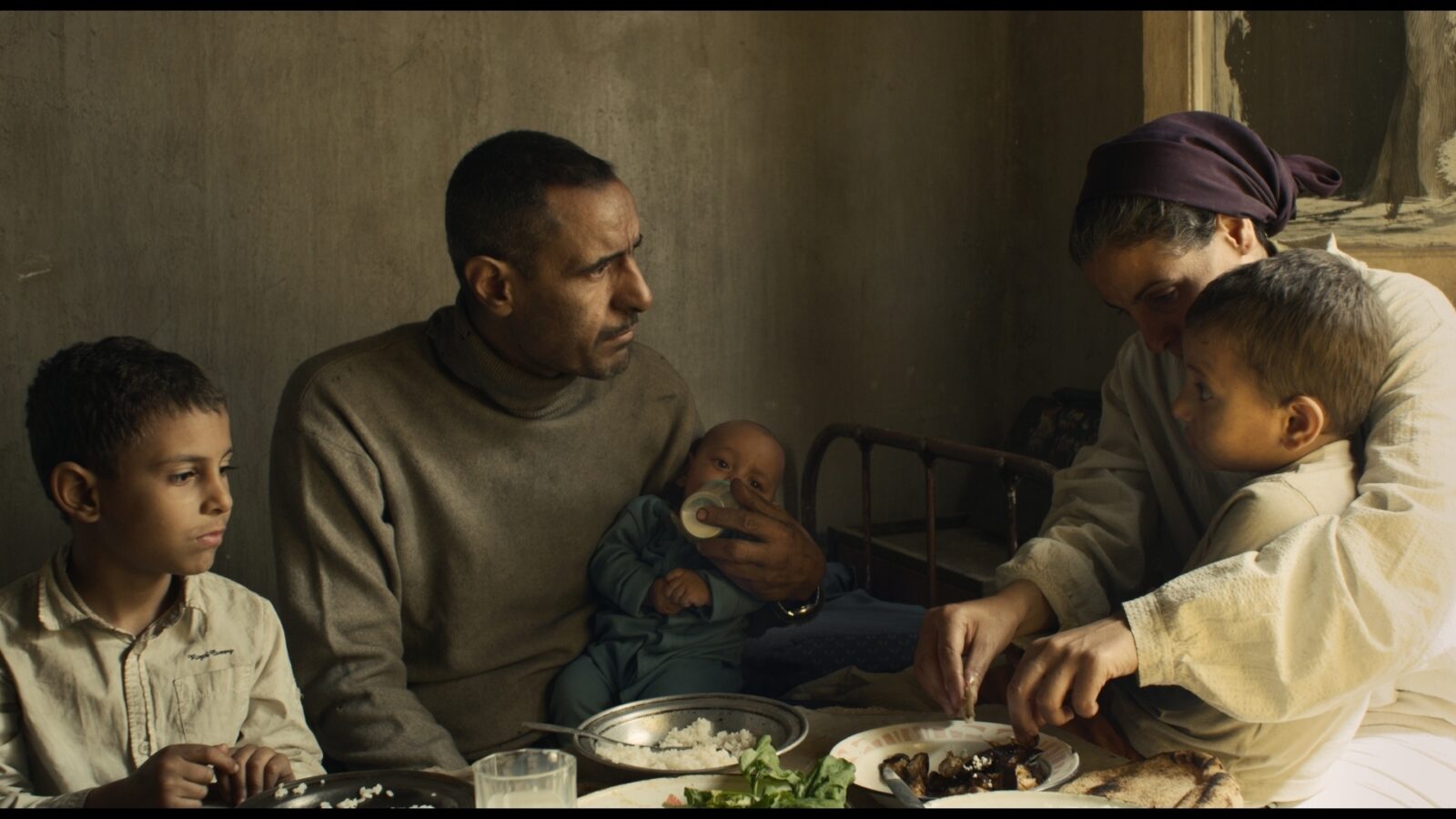 On its surface, Feathers is a serious social drama. But beneath it is an unpredictable dark comedy resembling cinematic experts on dry humor and absurdity, such as Roy Andersson, Yorgos Lanthimos and Aki Kaurismäki.

This is director Omar El Zohairy’s first feature film, and it landed him the main prize in the International Critics Week at Cannes Film Festival last year, and has been met with critical acclaim and recognition at festivals throughout the world.

We meet a family in a working class neighborhood in an unnamed place – maybe we’re in Egypt, maybe not. The father of the family volunteers in a magic show and is turned into a chicken. No one quite knows how to get him back to his original form, and the solutions presented to the his wife are expensive. She now have to take care of the children, and the chicken, all on her own.

Feathers is a strange and unique film, cunningly weaving bizarre humor and sharp political punch with a realistic and stylish expression – accompanied by the electronic music classic “Popcorn”.

Omar El Zohairy (b. 1988) is a filmmaker from Cairo, Egypt. He has studied directing at the High Institute of Cinema in Cairo. He has received several awards at many international film festivals, both for his shorts and for his feature debut Feathers.