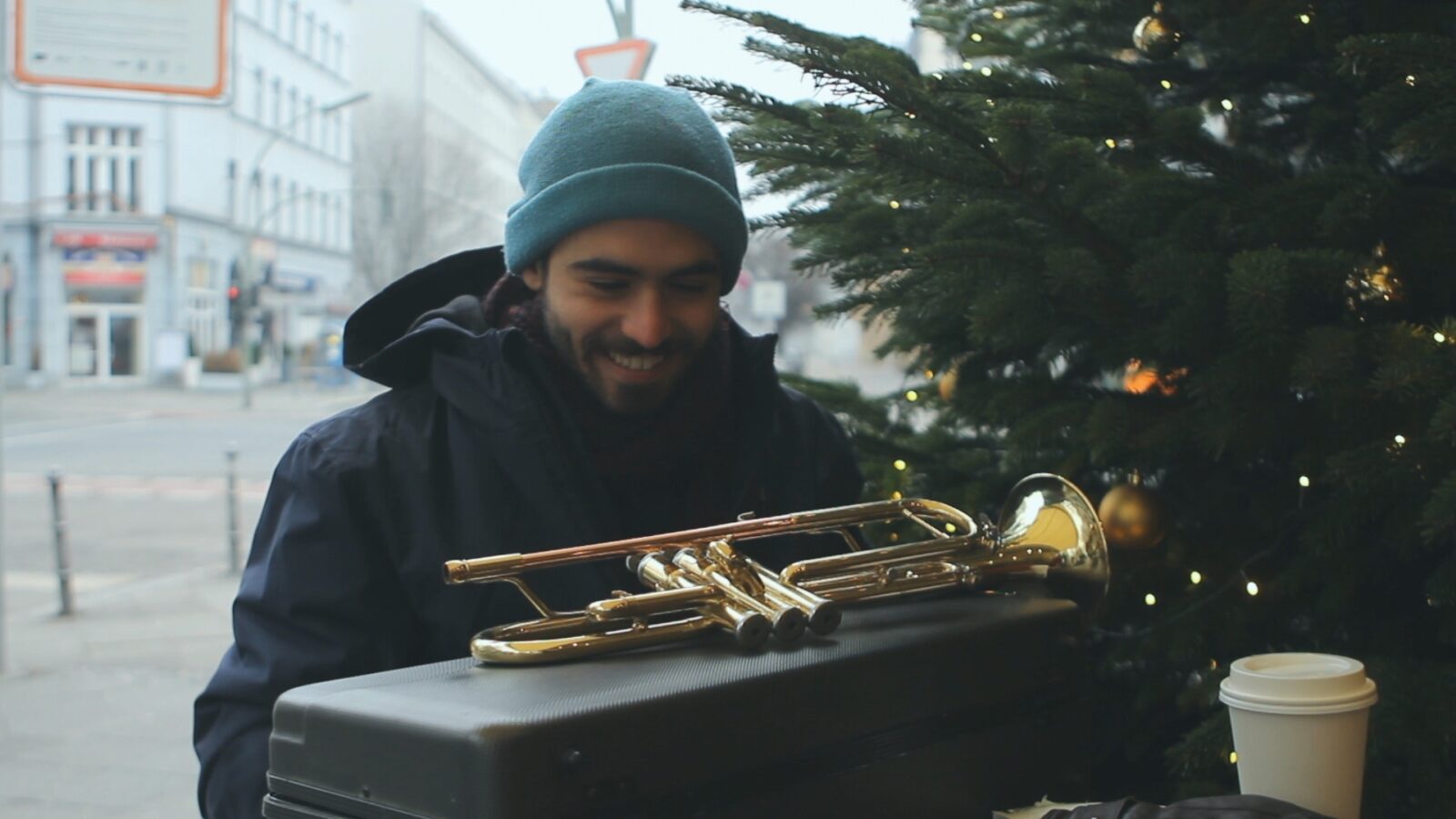 The Syrian brothers Jamil and Milad have very different personalities. As the war in Syria continues, they both decide to try their luck in a different country. Jamil, a carpenter by profession, first moves to Beirut before embarking on an illegal journey to Sweden to settle there. Milad, who is a trumpeter, and the dreamier of the two, decides to move straight from Damascus to Berlin. We Are From There is directed by their cousin Wissam Tanios, who followed the brothers over a period of five years.

Throughout the film, Jamil and Milad reflect on their childhood in Syria, how having to leave their homeland affects them each in their own way and their encounters with new places to call home. This is not a documentary about the war in Syria, but like other filmmakers before him, Tanios uses the war as a starting point to tell a poignant story about the true meaning of home and the human ability to deal with radical change.

Wissam Tanios studied cinema at St Joseph University in Beirut. We Are From There is Tanios' first feature-length documentary and premiered at International Film Festival Rotterdam in 2020. He has previously directed the short documentaries Aftermath (2012) and Departures (2015).