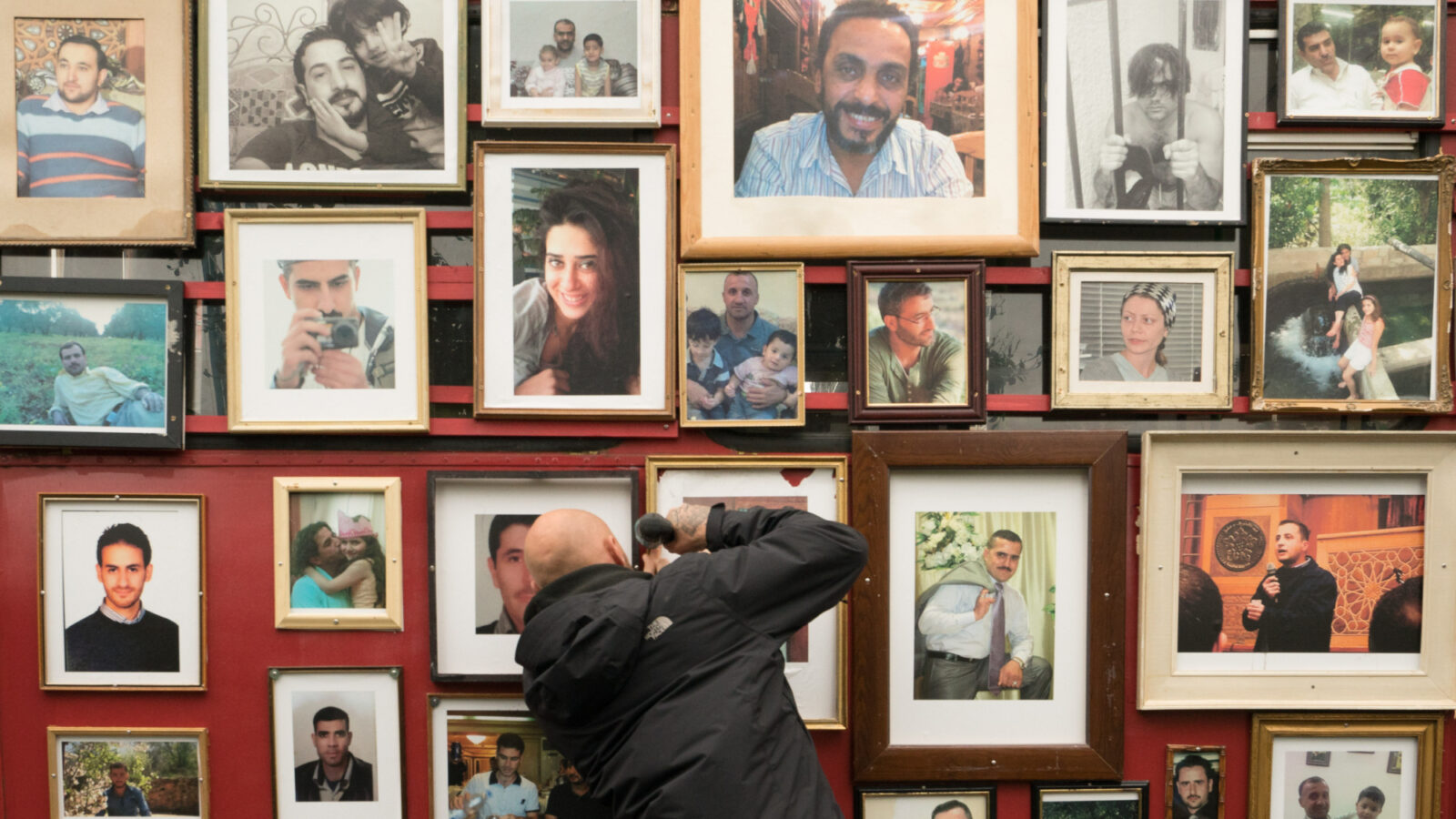 Ayouni (meaning “my eyes” in Arabic – a term of endearment) takes us through one of the most heart-wrenching chapters of the Syrian odyssey: forced disappearance. We follow the sister of Father Paolo Dall’Oglio and the wife of Bassel Safadi who are still fighting to know the destiny of their loved ones, who are among more than a hundred thousand disappeared in Syria. Through private footage unseen before, the documentary offers intimate glimpses into the love story of Nora and Bassel, in addition to rare, precious scenes of the inter-religious discussion circles hosted by Father Paolo at his monastery in the early days of the revolution in 2011.

This film is a poignant reminder of what kind of profiles ISIS and the Syrian regime fear the most: the pro-democracy nonviolent activism of a priest and a computer scientist. Both paid the price of dreaming of a democratic Syria and working to build a community based on equality and freedom. In their absence, Ayouni makes Bassel and Paolo present through documenting their everlasting work and ideas. The film asserts that their voices still exist in the struggle of their loved ones to find answers.

Yasmin Fedda is an award-winning filmmaker and artist. Her films have been BAFTA-nominated and screened at numerous international festivals including Sundance & Edinburgh Film Festival. Her previous documentary Queens of Syria was screened at Arab Film Days in 2015.