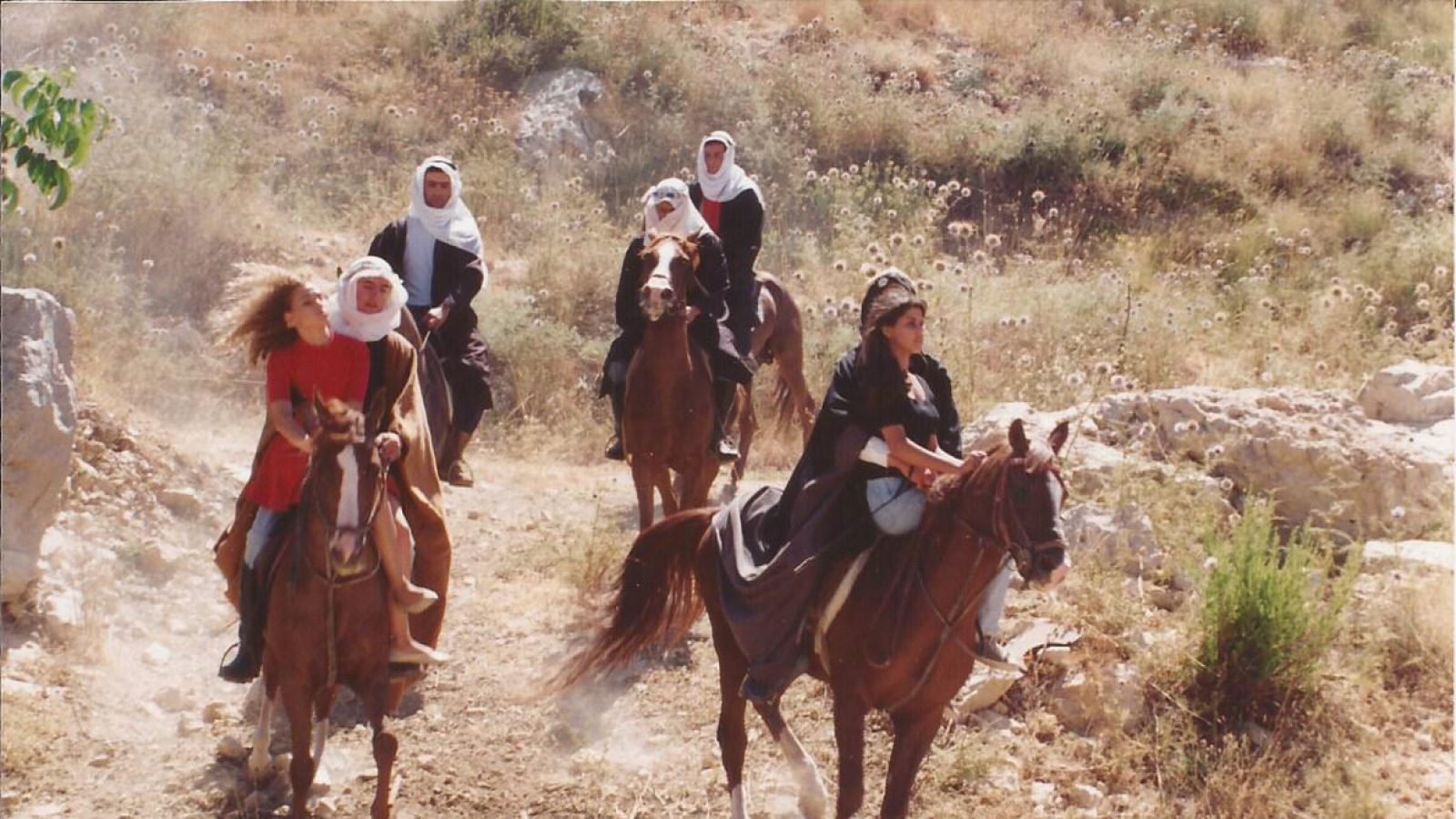 Once Upon a Time in Beirut tells the story of Lebanon's capital through archive footage from the country’s cinematic history. The documentary takes us on a magical and deliberately confusing journey, where the goal is to locate a moment in time when Beirut was called “the pearl of the orient”. Can it be found?

Director Jocelyn Saab builds her story around the two young girls Yasmin and Leila, who only know their city as ravaged by conflict and civil war. In search of answers, they seek out Mr. Farouk, the owner of an old cinematheque with a basement full of analogue film copies and ask him to help them find the fabled city they have heard so much about. Through hundreds of excerpts from films of the last century, the past and the present are interwoven, and the boundary between fiction and reality gets blurred. A witty, historical portrait of Beirut unfolds on the screen, as seen through the cameras of the major American studios of the 70s, the Arab filmmakers of the 60s, and the French in the 30s. The girls are looking for clichés about Beirut, like “The Paris of the Middle East” and “the Switzerland of the Orient”. Will they find them? Join them as they scroll through the film archive, and you'll see!

Jocelyne Saab (1948–2019) was a Lebanese journalist and film director. She is recognized as one of the pioneers of Lebanese cinema. She was the founder of the Cultural Resistance International Film Festival of Lebanon. Here, Saab focused on the deprived and disadvantaged – from displaced peoples to exiled fighters, cities at war and a Fourth World without a voice.