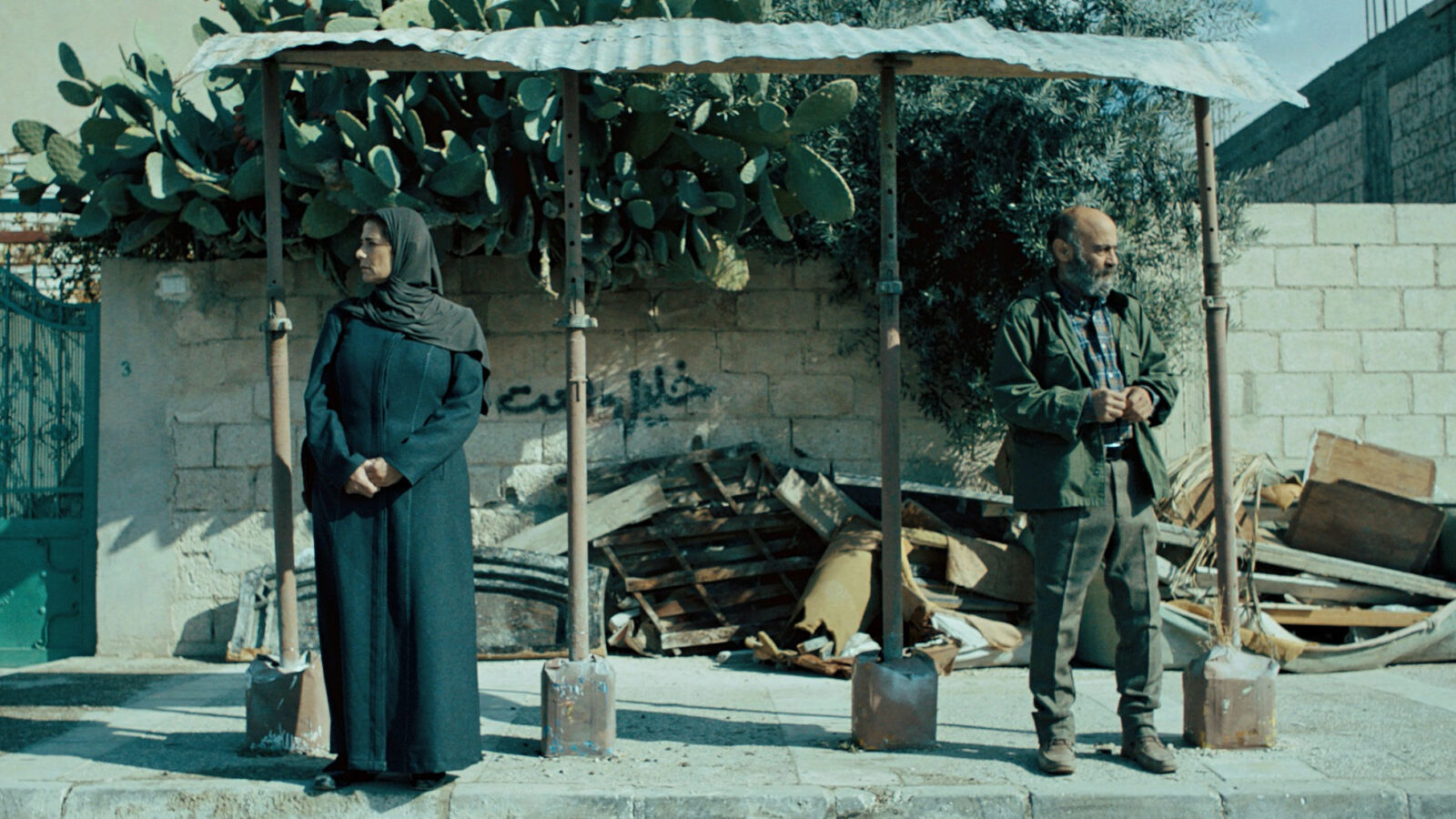 Gaza mon amour is a love story about Issa and Siham. They’re both in their sixties and living in Gaza, Palestine, where Issa works as a fisherman and Siham runs a clothing store. Issa has gotten accustomed to his solitary way of living and is ignoring his sister’s constant push to find a wife. But deep down, he is secretly in love with Siham.

When Issa is out fishing in his boat one evening, he gets a rather unusual catch: an erect Apollo statue in stone. He brings the statue home and tries to hide it, but accidently breaks off Apollo’s penis. Issa brings the penis with him to find out what it’s worth, which ends up with Hamas getting involved. The whole ordeal ends in a series of unfortunate and comical events, but with newfound courage Issa is finally able to reveal his true feelings to Siham.

Gaza mon amour is an absurd, romantic and comical love story about Issa who in his mature age manages to work through his pent-up emotions of lust and love.

Arab Nasser and Tarzan Nasser (1988) are twin brothers from Gaza. They both graduated with a BFA in fine arts from the University of Al-Aqsa in Gaza, and later became interested in filmmaking. In 2013 their first short film Condom Lead was selected as the first Palestinian film in its section at the Cannes Film Festival. Dégradé (2015) was their first feature film. Their latest, Gaza mon amour, has been screened at Toronto International Film Festival and La Biennale di Venezia.