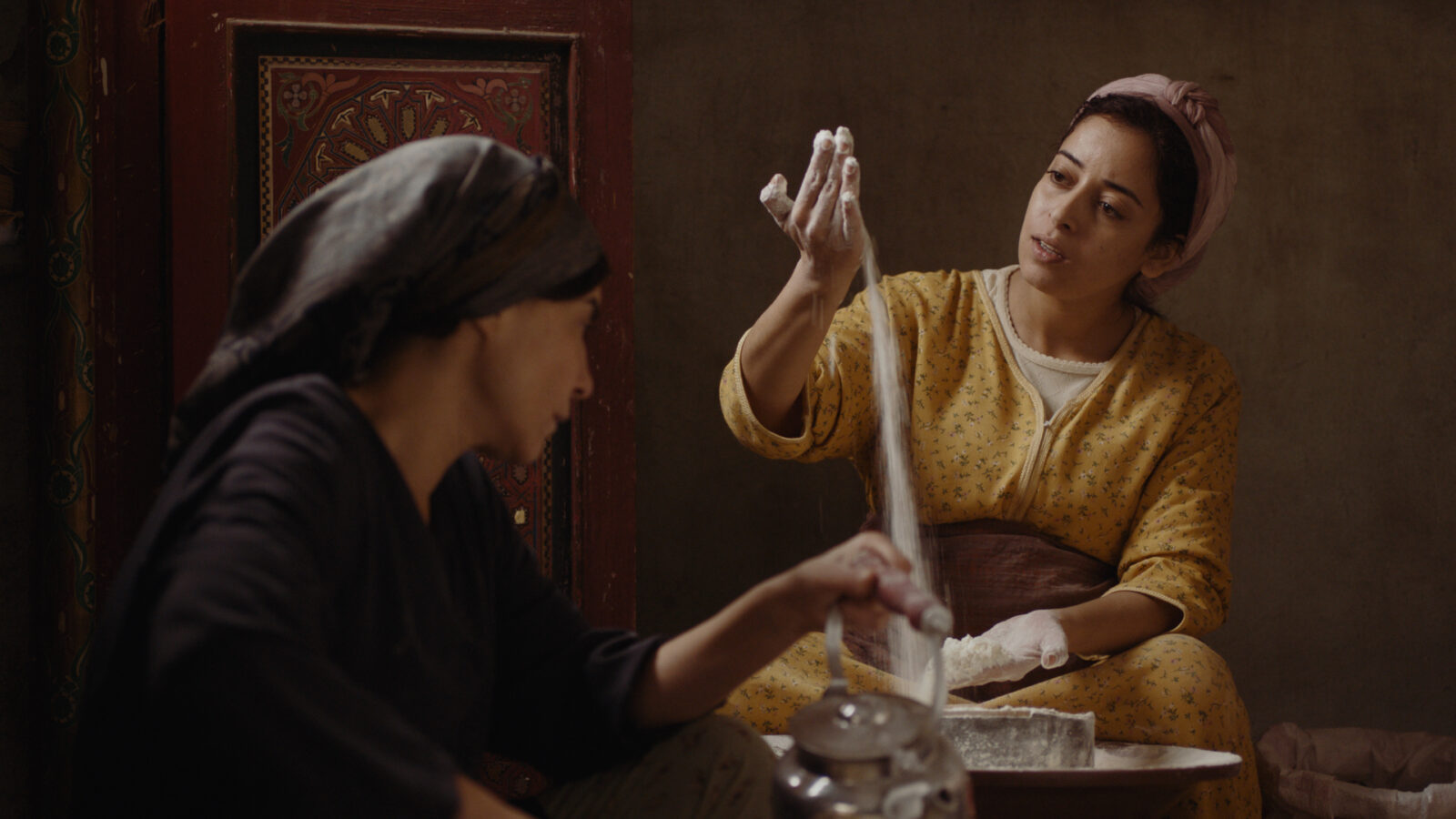 In Adam, we find ourselves in Casablanca, where we meet the heavily pregnant Samia wandering the streets looking for work and shelter. She knocks on the door of single mother and widow Abla, who owns a bakery. At first Abla is of little help to Samia, but luckily her eight-year-old daughter Warda wants it differently, and eventually Abla has no choice but to shelter Samia in the last days leading up to the birth.

The world-famous actress Loubna Azabal (Abla), also known from Sofia, and young Nisrin Erradi (Samia) complement each other in an excellent way, making the relation between the characters both moving and believable as it develops. Maryam Touzani’s directorial debut shines with confidence, and criticizes the patriarchal norms of the Moroccan society, like many of the films coming out of the country during recent years. The message seeps from the screen, like the aroma of the sweets the two women create in the bakery.

Maryam Touzani (b. 1980) is a Moroccan director with an education from London. She has made two short films, and worked as a writer on films such as Much Loved (2016) and Razzia (2018) with her husband Nabil Ayouch. In Razzia she also plays the lead role. Adam is her debut as a director, and the film premiered in the prestigious section “Un Certain Regard” at the Film Festival in Cannes in 2019.