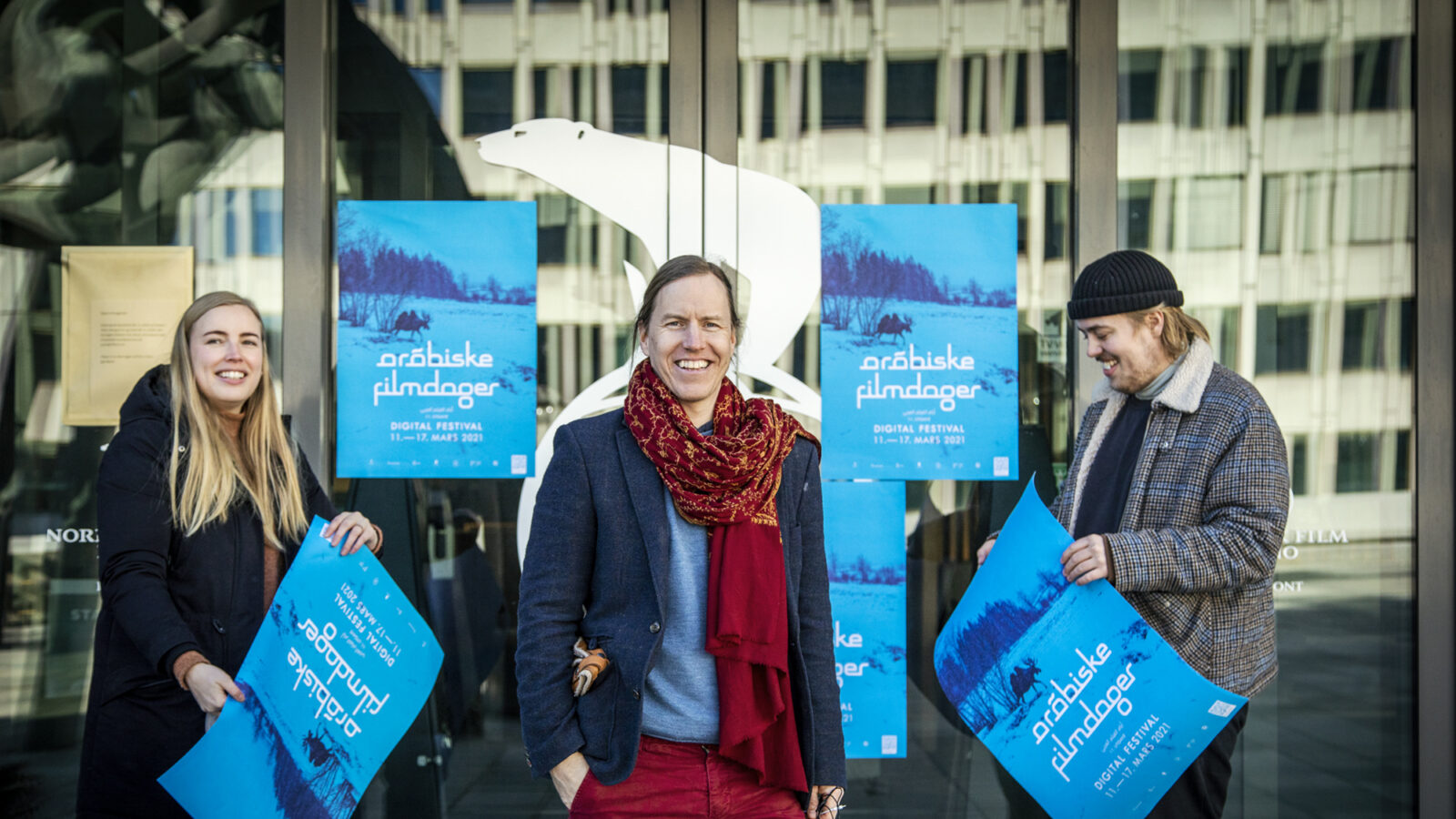 The festival has started!

We mark the opening of an all-digital edition of Arab Film Days with greetings from the festival and from Oslo’s Vice Mayor of Culture.

Ten years of quality films from and about the Arab world

Welcome to Arab Film Days! This year marks the 11th edition of the festival, and it is now ten years since the festival came to life at Cinemateket in Oslo in 2011. It's been ten years since the Arab Spring, and for ten years we've let directors from the region tell their own stories about the enormous upheavals that have occurred. Politically, the Arab world is still characterized by a lot of conflict, but in the world of film, there is every reason for optimism. Despite political constraints and international pandemics, Arab filmmakers succeed in producing high international-quality films, which is truly gratifying!

This year, Arab Film Days is an all-digital festival, which brings with it some new opportunities. For the first time, we can share the carefully selected films on the program with audiences throughout Norway, and not just with our “regulars” who live in proximity to Vika kino. It is exciting that the work we put into finding the best new films from and about the Arab world could have a broader reach than usual, and we hope many will take advantage of this opportunity.

Lebanon is one of the countries we have chosen to focus on in this year's program. The three films in the section show,among other things, how important a class perspective is to understand some of the challenges faced by the country: A Long Breath lets us in on the poorest of Lebanese north in the country, while Beirut, La Vie en Rose shows us life among the super-rich. We hope that Arab Film Days can contribute to new insights about the large social inequality existing in Lebanon.

A special focus is also devoted to Palestine this year. Through the four films from this country, we get a broad insight into what is moving, from Gaza in the south to Nazareth in the north. Gaza mon amour is a love story – something we don't necessarily associate with Gaza, while the documentary Mayor describes how demanding it is to be the top elected official in Ramallah when in reality, the occupying power is in charge.

An international pandemic creates some novel challenges we must solve as best we can. When this year's opening film, The Man Who Sold his Skin, ended up on the shortlist to win an Academy Award for Best Foreign Film, we were no longer allowed to screen the film digitally. Instead of feeling gloomy, we are delighted by the film's success, and take this opportunity to invite you to a premiere screening of the film when the cinemas in Oslo reopen.

We are very proud of this year's program, and glad for the possibilities to watch films even when the cinemas are closed. At the same time, we look forward to meeting you all again. Film is definitely best on the big screen in the cinema, but it's not too bad on the couch either, at least not with such a smashing program!

A greeting from the head of programming and festival producer

A greeting from the Vice Mayor of Culture

Oslo’s Vice Mayor for Culture and Sport, Omar Samy Gamal, was supposed to open the festival in Vika cinema this evening. Watch his greeting to the festival here (video in Norwegian).

Not sure what to watch? We have created a selection of film bundles, where you can rent a number of films together at a nice price.