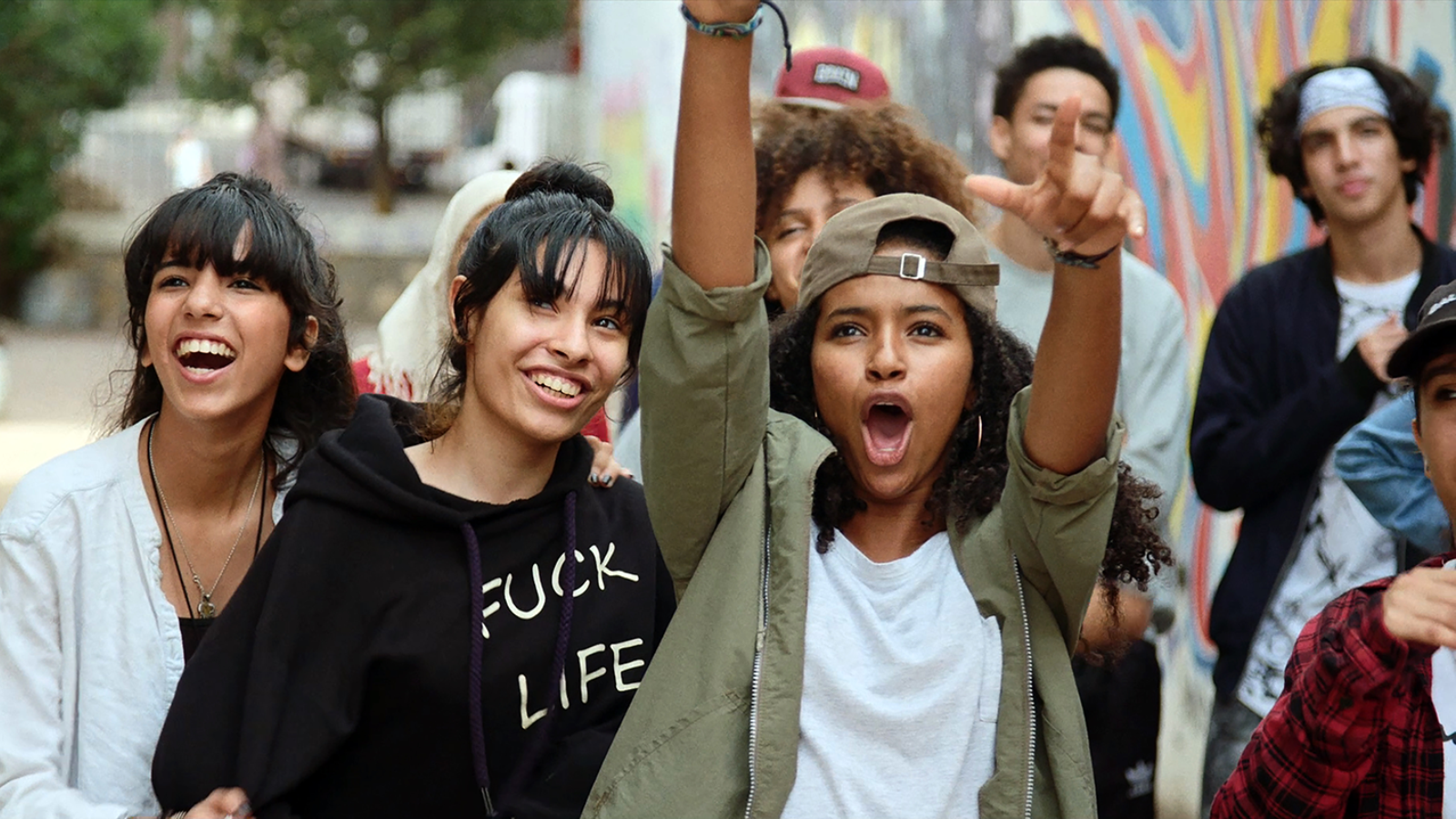 The opening film of Arab Film Days 2022 is Morocco's candidate for the Oscars, was screened in competition at last year’s film festival in Cannes. It follows the lives of a group of teenagers from Sidi Moumen, a poor suburb of Casablanca that is plagued by radicalism, unemployment and lack of hope for the future.

Former rapper Anas begins offering a hip hop-class at the local youth center, and lectures about how hip hop has been a central form of expression for marginalized groups in the USA, in the fight against social injustice. He encourages the teens to express their daily challenges through music and dance, and to take up the fight for freedom and equality in their local community. Casablanca Beats is a kind of Moroccan blend of 8 Mile and Fame – an energetic and engaging film, set to a terrific soundtrack of local hip hop.

But how does political rap and religion gel together? In a neighborhood that is governed by tradition and strict religious norms, the teens face several challenges. The film is based on real events from the Sidi Moumen community. Like in real life, there are no clear answers, but the film can be seen as a youthful cry for change.

Nabil Ayouch (b. 1969) is a French-Moroccan film and TV-director, producer and writer. Since 1993 he has received international acclaim for his shorts and feature films, and Arab Film Days has shown several of his films, including Razzia (2017), Much Loved (2015) og Horses of God (2012).