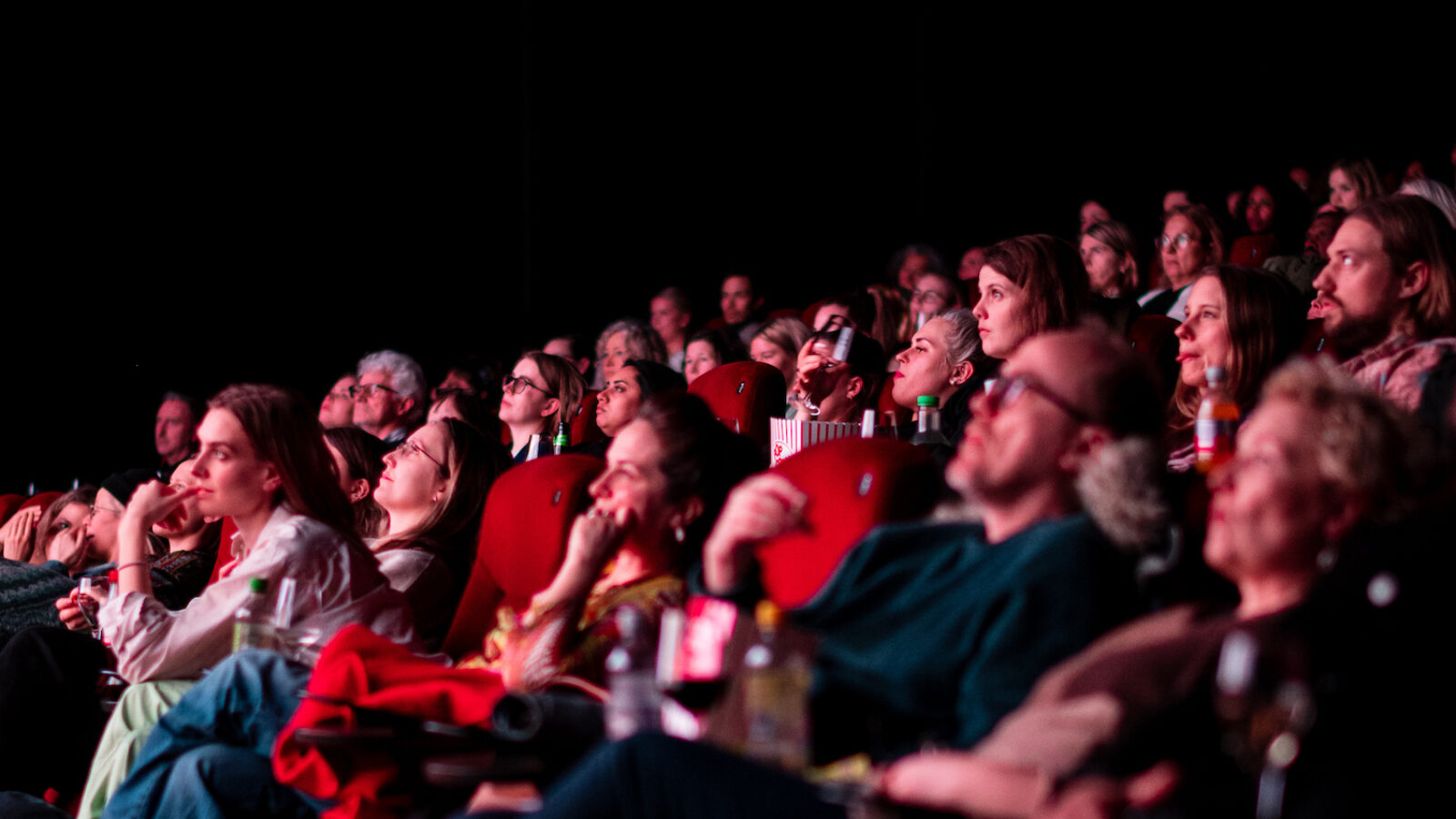 Thank you for your participation!

Arab Film Days finally returned to the cinema this year. We want to thank everyone involved for making this edition an amazing experience!

Dear audience, thank you for thank you for being a part of making this a successful edition of Arab Film Days. For the first time since 2019 we were able to arrange a full-fledged festival in the cinema, with everything that entails.

Finally we could show films on the big screen, where they belong; the festival was once again a meeting ground where people could gather, discuss and have fun; we could arrange parties and debates and serve delicious food and drinks. Everything a festival is supposed to offer!

This year we introduced a competition program for the first time. The winner received 10.000 NOK donated by the Oslo Festival Agency. The jury, consisting of actor Iman Meskini and filmmakers Mohamed Chakiri and Siri Nerbø, chose a very worthy winner: Abdallah Al-Khatibs documentary Little Palestine, (Diary of a Siege).

One of the advantages of arranging a physical festival is that we once again could welcome international guests. We were lucky to have the filmmakers behind to of the films in competition present at the festival: Samaher Alqadi, director of As I Want, and director Mounia Akl and producer Myriam Sassine of Costa Brava, Lebanon.

In addition to the regular festival open to all audiences, we have also arranged school screenings during Arab Film Days, and nearly 1000 high school students have attended screenings of the films In Between, The Man Who Sold His Skin, Sabaya and Casablanca Beats.

Now, we look forward to next year, and that Arab Film Days will continue to grow and blossom in the years to come.

All the best from the Arab Film Days and Oslo Festival Agency staff! 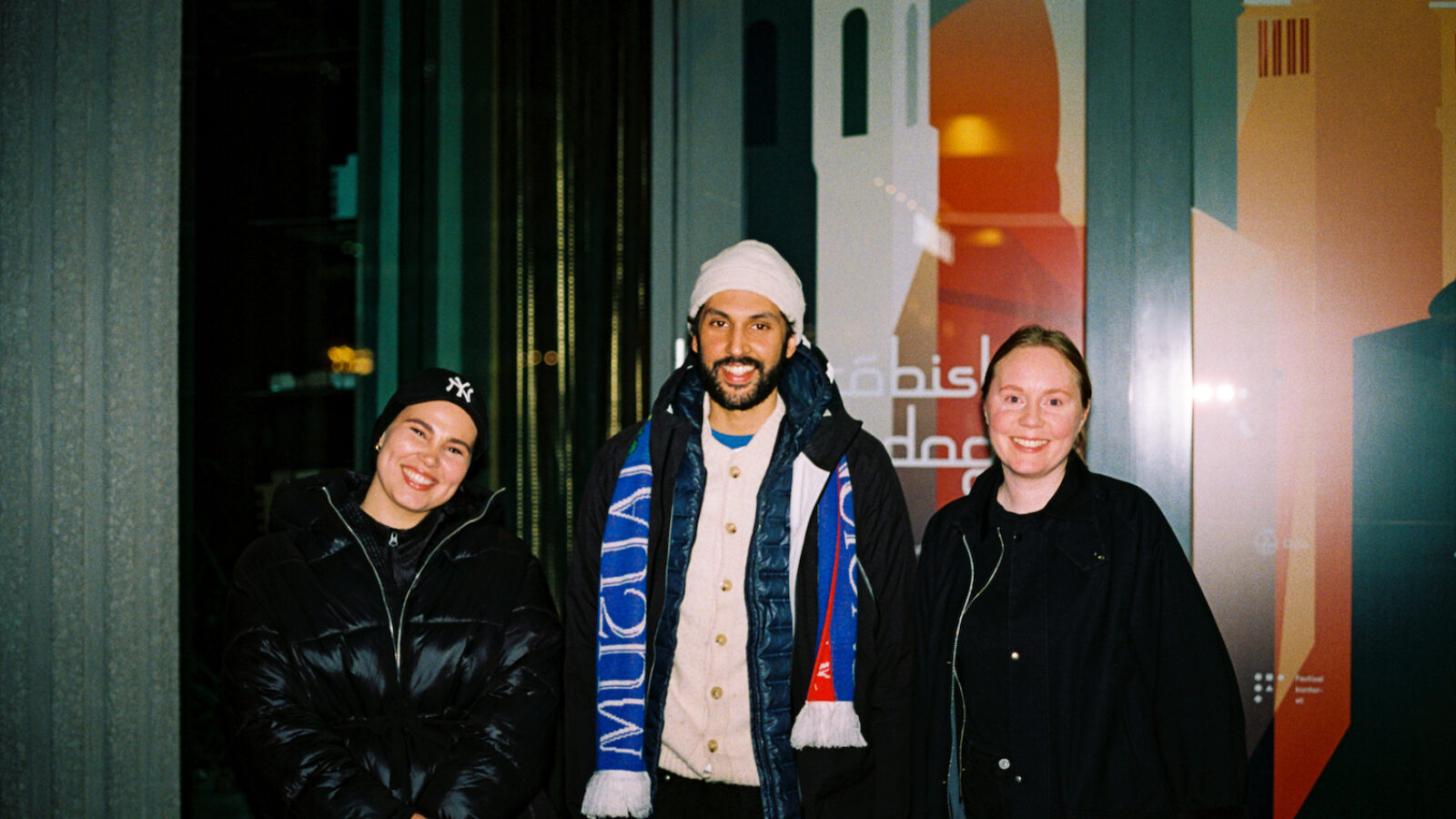 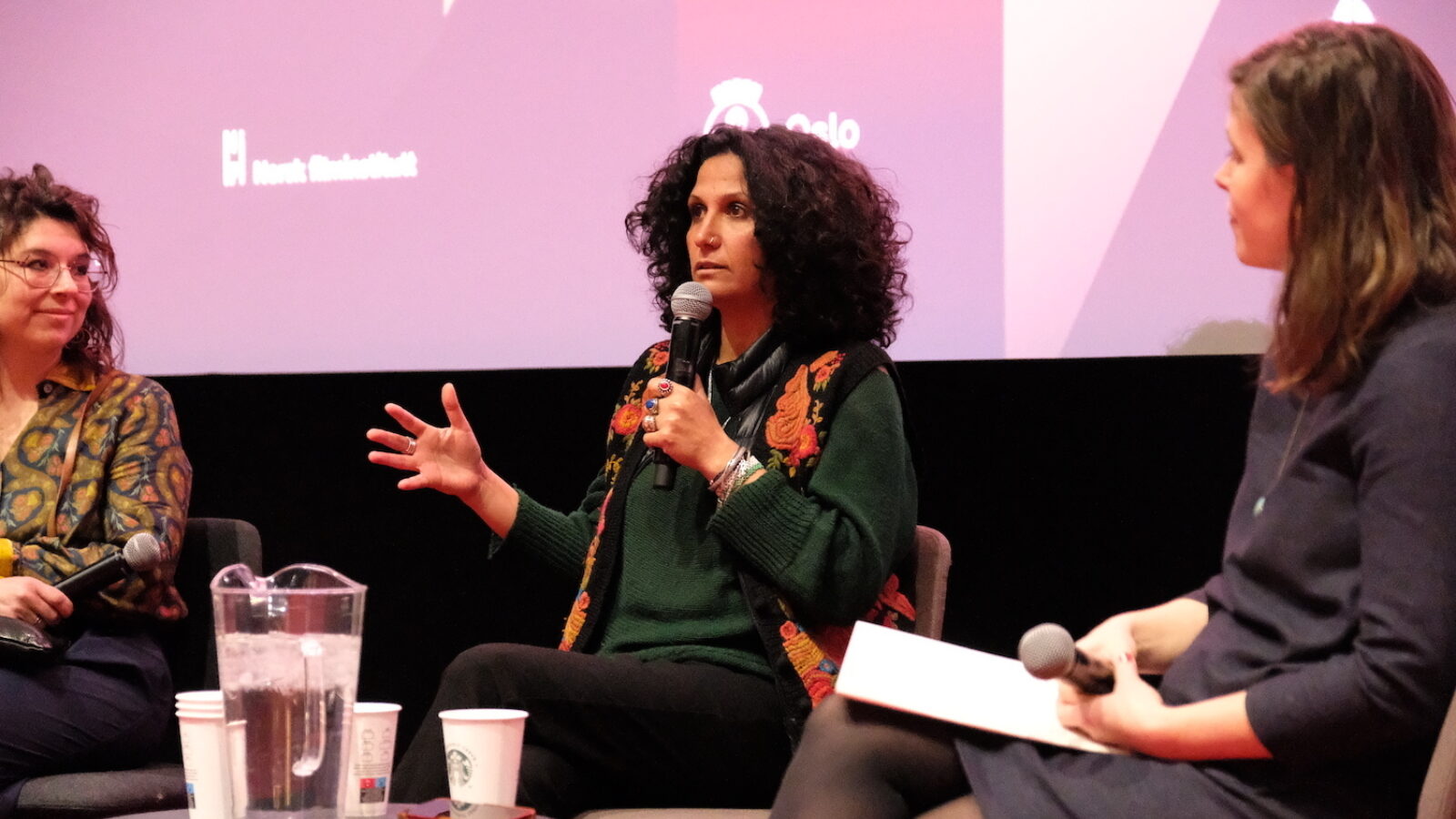 Director Samaher Alqadi in conversation after a screening of her film As I Want (Photo: Ingvild Vaale Arnesen) 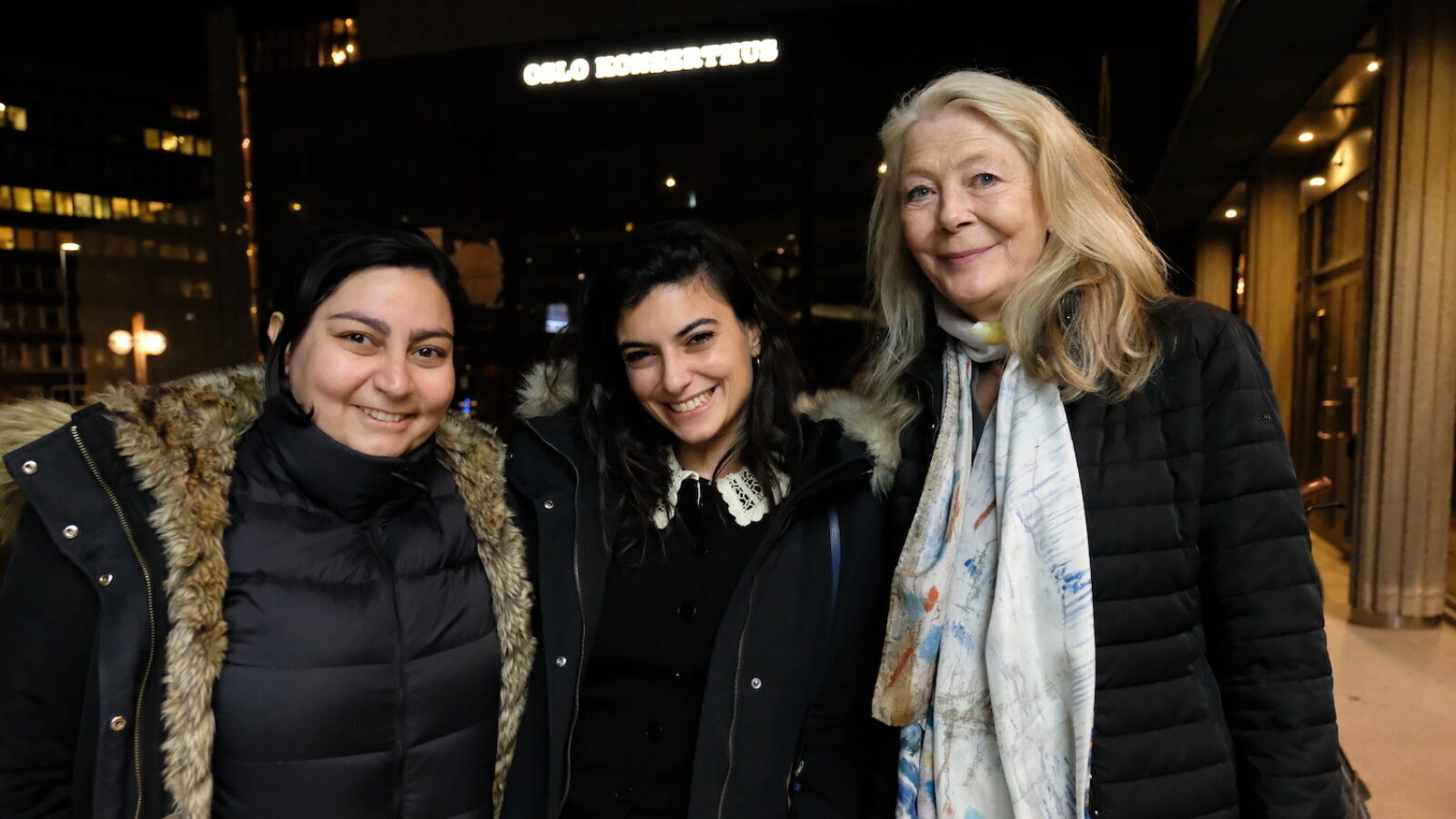 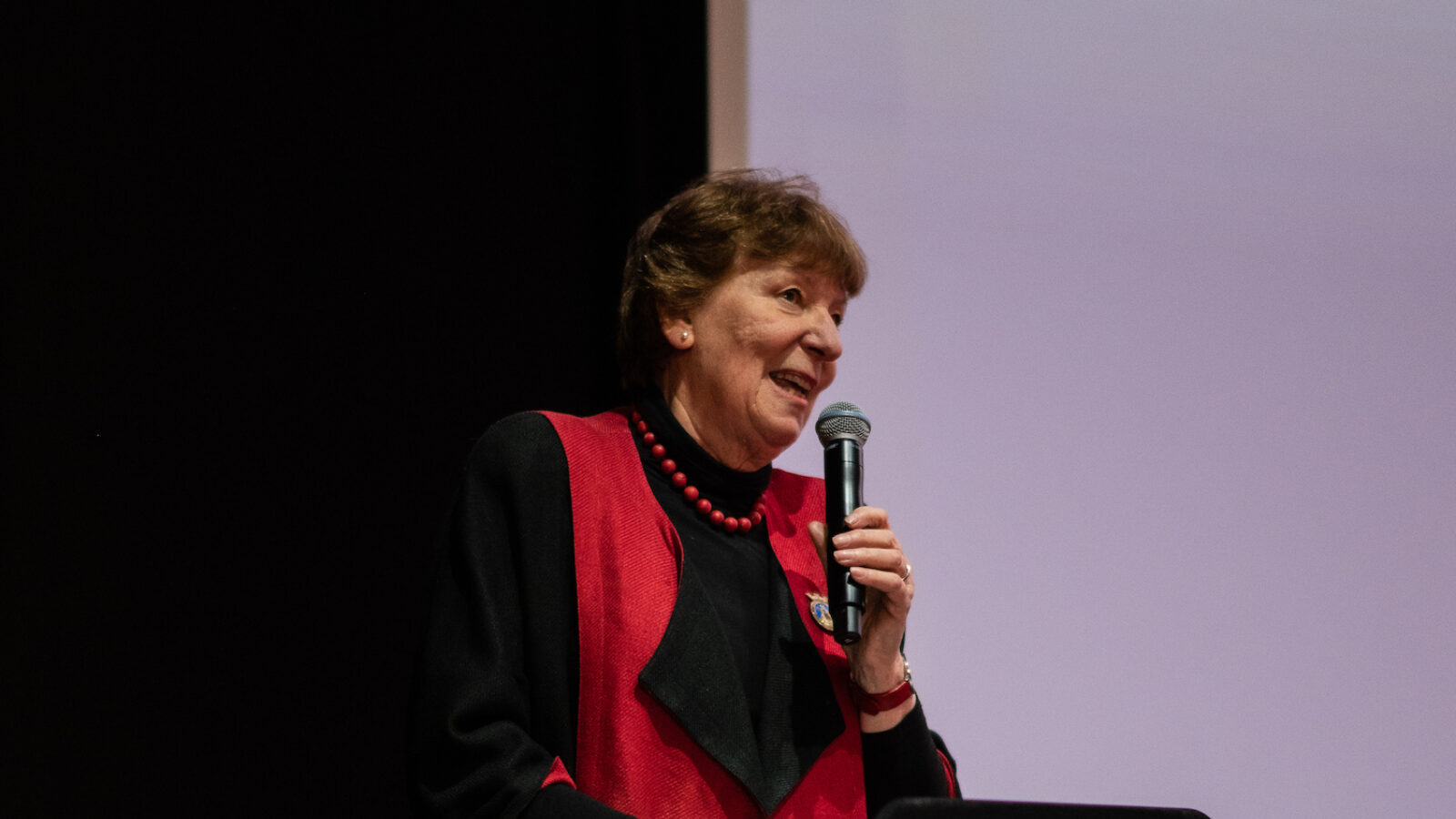 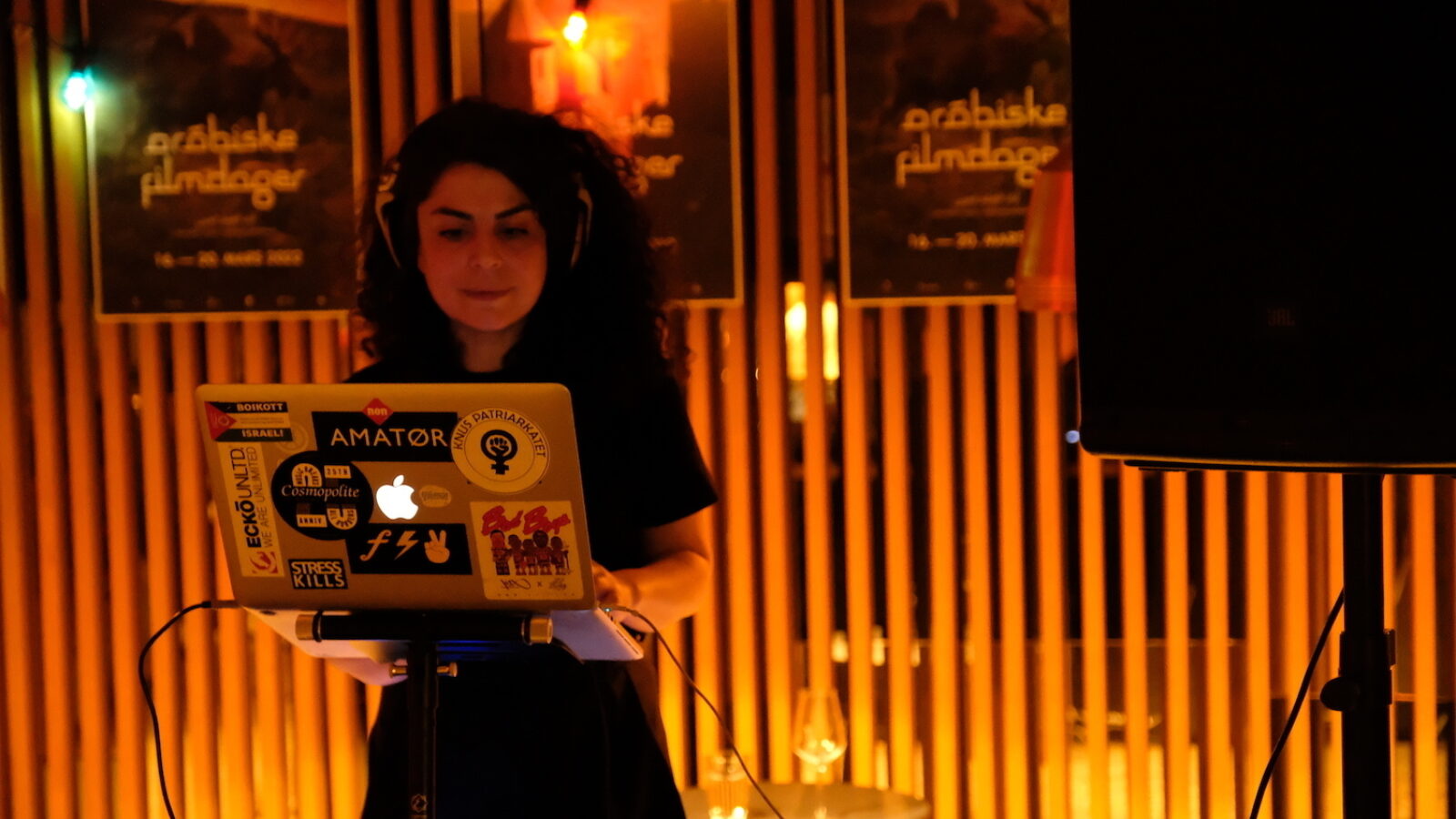