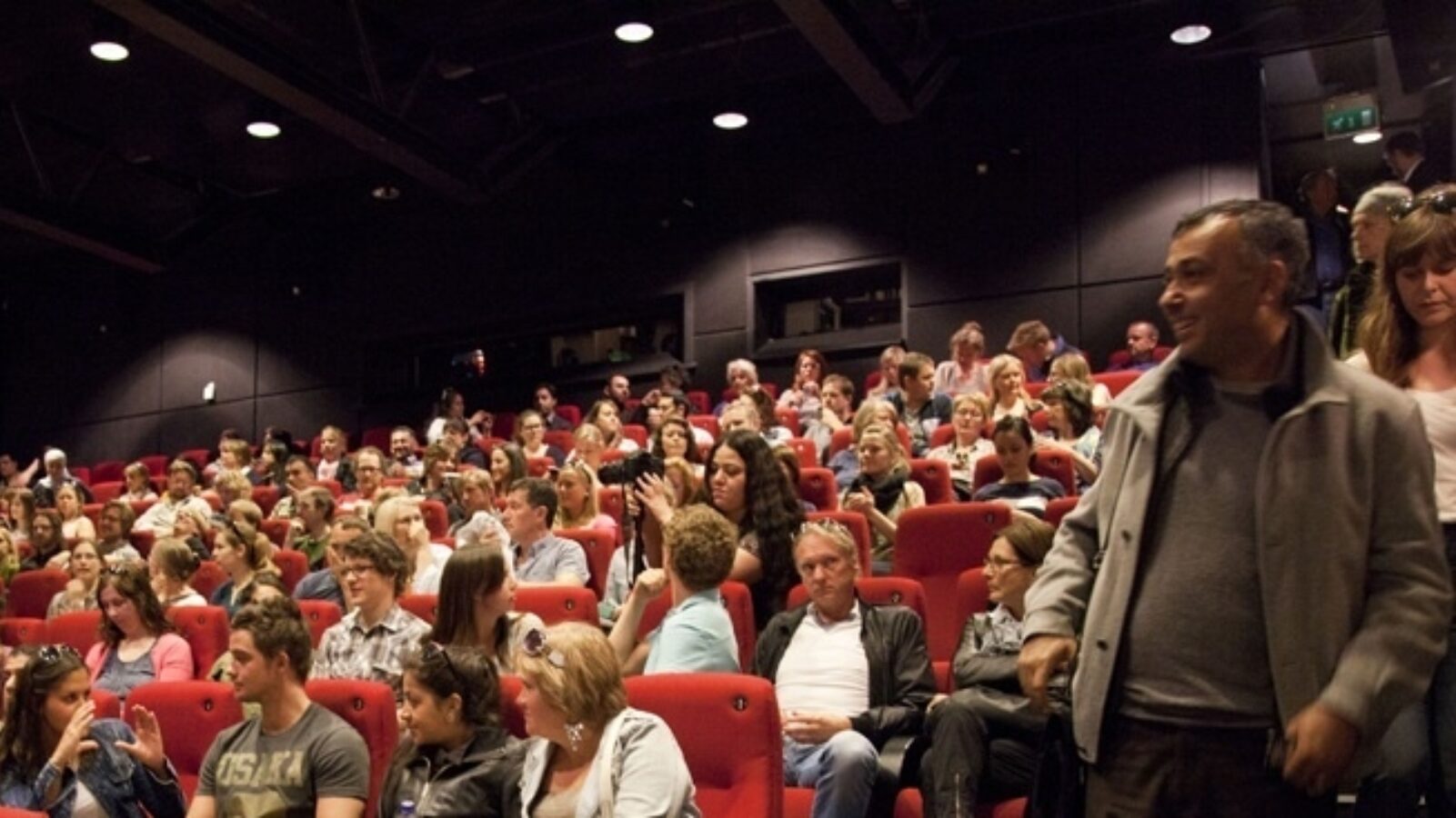 The festival Arabian Filmdays is over for 2011, with high audience numbers, great movies, interesting guests and a wonderful party.

Films from the South, in cooperation with Babel Filmklubb and the Norwegian Filminstitute, and with support of Fritt Ord, arranged the mini-festival Arabian Filmdays – stories from the Levant on the weekend 30th of april – 1st of may.

It was a weekend with brilliant sunshine which easily could have led our audience out into any of the city's many parks, but the festival program proved to be so strong and up-to-date that only few seats stayed empty at the Cinematek. In total the festival counted 981 visitors during the festival weekend. They were served everything from the brandnew documentary The Agenda and Me to tough Turkish action in The Valley of the Wolves: Palestine.

But a good festival consists of more than just movies, and this weekend we were able to present guests such as Neveen Shalaby, Georges Hachem and Sherif Mandour who took part in Q&As and panel discussions. A complete overview with all panel discussions, guests and introductions can be found here.

In addition to all this, Ben's Café was turned into a hot party location for our Arabian Night party. The Band The Brothers with Safaa A-Saadi (flute, Arabian drums and keyboards), Sattar Al-Saadi (Arabian drums, flute) and Darvan Ahmed Abdulkarim (violin) played so well that the party guests couldn't resist dancing along. Between the dance sessions they also had the chance to try one of the many hookahs on the tables outside the café.

All in all, the Arabian filmdays were a fantastic festival, and we at Films from the South wish to thank our cooperators at Babel filmklubb, NFI, Fritt ord, our guests and panel speakers and last but not least our audience.