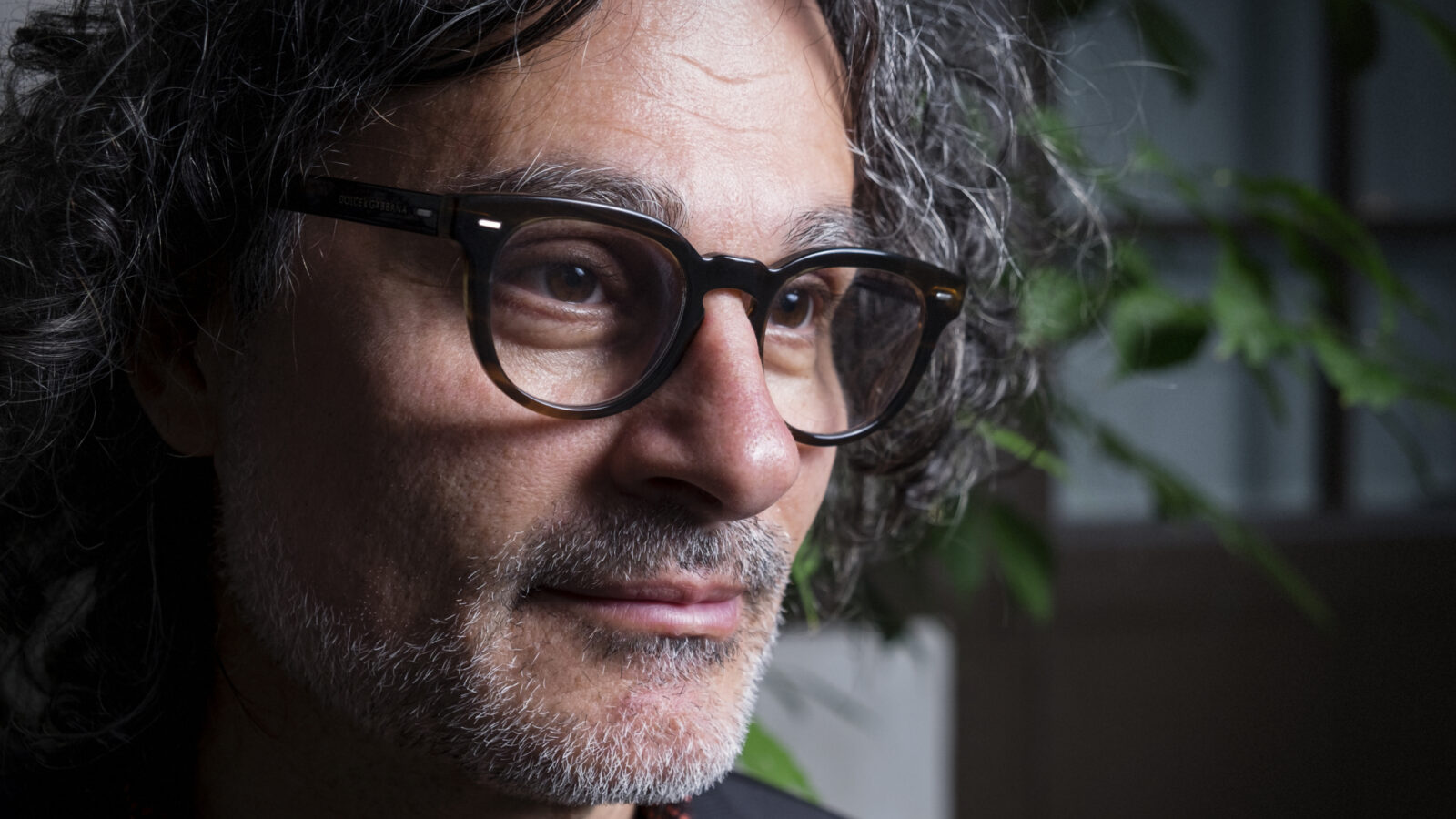 A conversation with Ziad Doueiri

The Lebanese director Ziad Doueiri visits Oslo next week with his new film, The Insult (no. Fornærmelsen), which is the opening film at the festival. In this interview Doueiri discusses his perspectives on Lebanon, the BDS-movement and working with Quentin Tarantino.

Ziad Doueiri studied film in the US and worked as a camera assistant on several of Quentin Tarantino’s films. Doueiri’s feature film debut is the autobiographical West Beirut (1998), which received critical acclaim worldwide. He has also directed films like Lila Says (2004) and The Attack (2012), the latter screened at Arab Film Days in 2013.

Director Ziad Doueiri is the main guest at this year’s Arab Film Days, and will be present during the opening ceremony of the festival and the screening of The Insult. In addition, we are screening two of his earlier films during the festival.

The Insult gives us an insight to Lebanon’s history and the sensitive relationship between Christian Lebanese and Palestinian refugees, and at the same time works as a universal fable about the force of determined nationalism, which is a burning topic far beyond the borders of Lebanon. The film does also provide insights into the Lebanese civil war, which still pervades the political and social life in the country. Most of all, this is a universal story that could have been told in any country that has ethnic conflict as a part of their history, or where nationalism is at an advance.

Gjermund Granlund (GG): The Insult is your first film set in Lebanon since you made West Beirut in 1998. How was it being back, and has your perspectives on Lebanon and filmmaking changed since then?

Ziad Doueiri (ZD): I was very excited to be back after 20 years’ absence and I was a bit anxious about finding all the roles since Lebanon doesn't have a true film industry yet. But, I was amazed by the talent of both crew and actors.

GG: You have worked with Quentin Tarantino when he made some of his most famous films, like Pulp Fiction. However, the themes of your films are quite far removed from those of Tarantino. What elements of his filmmaking do you feel that you have taken with you, and what other directors are you particularly influenced by?

ZD: This is the most frequently asked question. Working with Quentin was terrific, certainly he left some traces in me even though we don't make the same kind of movies. I always loved his enthusiasm, his energy and compulsive dialogues. He's a great screenwriter. Ron Fricke – Koyaanisquatsi (1982), Chronos (1985), Baraka (1992) and Samsara (2011) – was probably the most important influence on me. I've tried to imitate his cinematography but can never match him. It is extremely lyrical.

GG: The Insult revolves around a conflict between a Palestinian refugee in Lebanon and a Lebanese Christian. It’s nothing new that relations between Palestinians and Christians in Lebanon are tense. Why did you want to tackle this subject, and do you want to convey a political message with this film?

ZD: I didn't particularly want to tackle this subject just from a political point of view. I don't care about making films with messages either. I only focus on story and characters. Conflict is the essence of screenwriting. The Insult is about a conflict between two men. Whether they are Palestinians, Yugoslavian, Northern Irish, or American, what matters is that it is about their quest for justice.

GG: Due to your active stance against the Boycott, Divestment and Sanctions (BDS) movement, there has been a lot of controversy regarding your views on the Palestine-Israel conflict. Indeed, some strong supporters of Israel try to label you as being on their team. Is it a more nuanced message that you would like to get across with The Insult and The Attack (2012) that you feel is lost when people discuss the Israeli-Palestinian politics?

ZD: First, I am not pro anything. I just do films. I cross borders and boundaries. That's what storytellers do. My war with BDS started because of their vicious fascist campaign five years ago, when they succeeded in banning my previous film The Attack in 22 Arab countries. Most of those who campaigned against the film haven’t seen the film. Their fascism consists of attacking any form of thoughts that don't agree with theirs. They attacked Elie Saab, one of the greatest Arab fashion designer; they attacked Wajdi Mouawwad, one of the most respected novelist and playwrights and directors; they attacked Amin Maalouf, one of the greatest Lebanese novelist and member of the French Academy. All this because they talked to, acted with or dressed Israeli citizens. BDS didn't stop back then, they tried to attack me again on my last film, The Insult, trying to convince the Lebanese government to censor it, though they didn't succeed this time. My fight with them continues because they talked with the Lebanese authorities last September. I was arrested and taken to jail for having filmed in Israel five years ago when I did The Attack. I was acquitted the next day. I decided to declare war and tell people in the West the truth about them. The BDS has hijacked a good cause and consequently, alienated many who supported the Palestinian cause, and they're creating a bad image of Palestine. People in the Arab world and in the West are deserting them. They must be exposed and dismantled.

GG: What would, in your view, be the right methods for Palestinians to fight against the Israeli occupation and to take constructive steps towards a lasting peace?

ZD: Get rid of BDS first. It utterly failed to liberate Palestine. Then clean up their own house. Equality between men and women, true democracy and freedom of speech instead of censorship, and get rid of corruption and fundamentalist Islam. Change their discourse. All other methods have been tried and didn't work. But again, I am not an expert in peace negotiations.

GG: What advice do you have for filmmakers wanting to tackle difficult subjects, particularly ones that deal with wounds that haven’t yet healed culturally and/or politically?

ZD: My advice is to not get into difficult subjects unless you're willing to put up a big long fight. Most importantly, since you're going to tackle those subjects, you better have a good story and a good script and good actors. Otherwise your enemies will attack you on your filmmaking skills.

GG: Can you name som of your favorite films from the Arab world of all time?