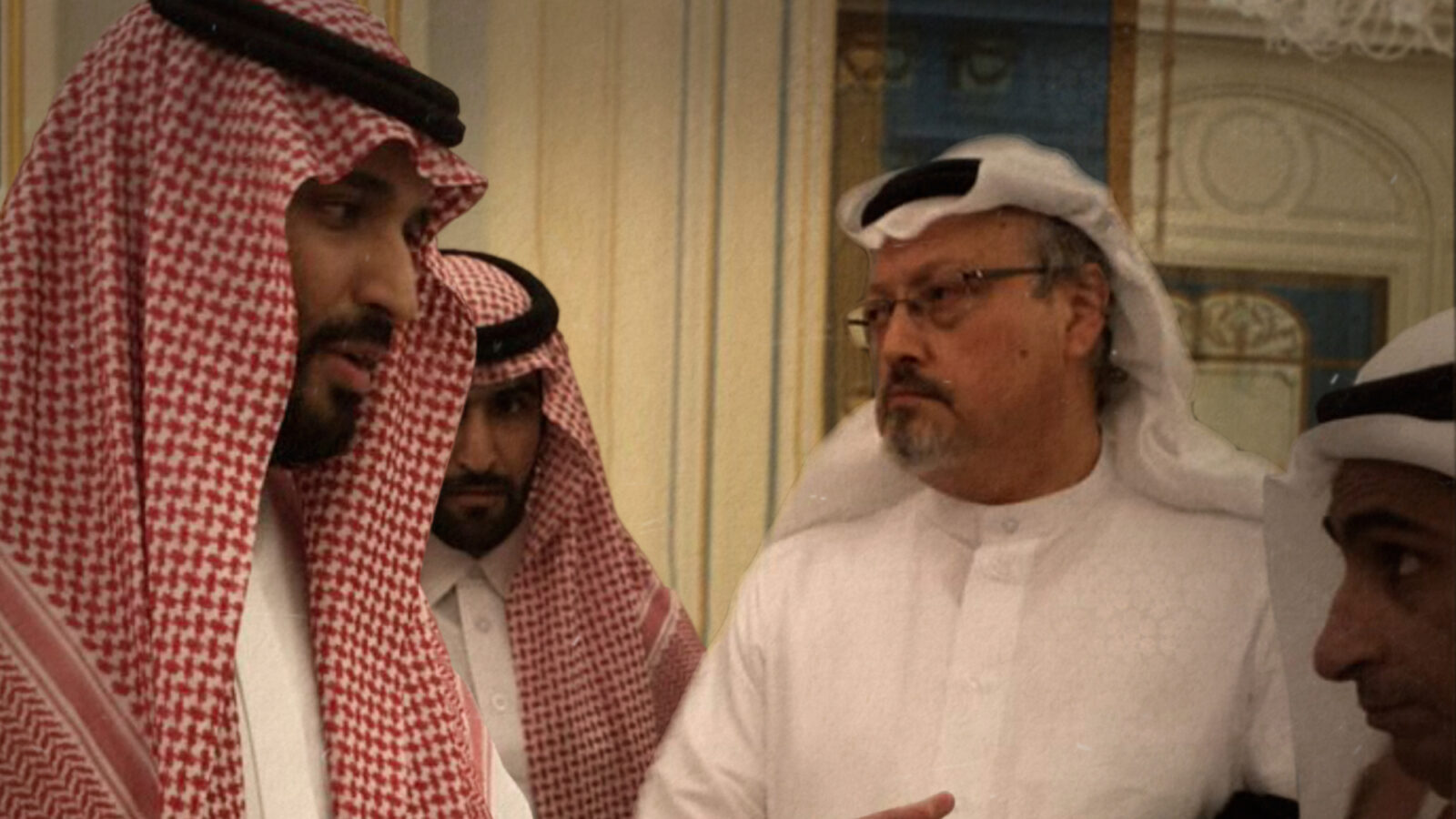 Join us for a screening of the documentary and a subsequent panel discussion on Saudi Arabia’s worldwide attempts to silence dissent. We will discuss the following questions: How is Saudi Arabia targeting critics abroad? What activities have Saudi authorities initiated in Norway? And how can human rights activist protect themselves from digital surveillance and attempts of hacking

Iyad El-Baghdadi is a writer, entrepreneur and a human rights activist who attained international prominence during the Arab Spring. He is now a political refugee living in Oslo, Norway. In May 2019, Baghdadi was informed by Norwegian security services that a credible threat existed against his life due to his outspoken criticism of the Saudi Arabian government. The threat had been revealed by the CIA to Norway, who took Baghdadi into protection for his safety.

Danna Ingleton is the acting co-director of Amnesty International’s Tech Team. Their research revealed attempts of attacking human rights activists, including the targeting of one of Amnesty’s own team, using spyware manufactured by NSO Group, a major player in the secretive surveillance industry. NSO’s Pegasus malware can turn on your phone’s microphone and camera without your knowledge, access your emails and texts, track you keystrokes and collect data about you.

Raed Jarrar from DAWN is an Arab-American political advocate based in Washington, DC. Since he immigrated to the US in 2005, he has worked as a lobbyist on political issues pertaining the US engagement in the Arab World. Democracy for the Arab World Now (DAWN) is nonprofit US-based organization founded by Jamal Khashoggi.

The panel will be moderated by Amnesty International Norway’s Saudi expert, Ina Tin. She is author of a non-fiction featuring dissent inside Saudi Arabia: "Saudi-Arabia. Sverdet og stemmene" ("Saudi Arabia. The Sword and the Voices"), published in 2018.

The panel discussion will be held in English, and will be live-streamed on Facebook on April 15 at 6 p.m. This event is free of charge.

In order to watch The Dissident, you will need to follow the link on the film page, rent and then watch the film either prior to or after the panel discussion. The film will be available for rent from 6 p.m. on April 14, to 11:59 p.m. on April 16.

All of the proceeds will go to Amnesty International Norway.